There are few times we have a chance to talk to one of the Great ones in the Mexican Hotel Industry.

Yet TURISTAMPA was recently able to speak with Rafael Millán, and this is what he had to say:

“My basic education was Lasallian, and then I graduated from the School of Accounting and Business Administration of the National Autonomous University of Mexico, with a degree in Public Accounting, and then became certified at the Mexican Institute of Public Accountants. I entered the firm Arthur Andersen & Co., known in Mexico as ‘Ruiz, Urquiza y Compañía,’ in the audit and tax area, where I specialized in hotel and casino audits over 4 years. So I got the opening of the Princess, and audited the Marriott, Holiday Inn, Villa Vera, Maralisa and Sands, among others. I was later appointed Internal Audit Director of Posadas de Mexico in Latin America during the times of Gastón Azcárraga Sr, which was expanding into Santo Domingo, Puerto Rico and Panamá, among other places.

“I got my first management position in 1980, in Mazatlán, when I also joined the Skål Club, which was a good chance to serve and get to know plenty of places and celebrities. I was General Manager of several properties in such places as Hermosillo, Acapulco, Puerto Vallarta, Villahermosa and Mazatlán, as I already mentioned. The hotel business is very relevant because you have to remember customers have expectations. A family, for instance, saves money and does us the favor of choosing us to make their dreams come true: We’re born to serve and in the hotel business we must understand that customers do us the favor of coming to our establishment for their own dreams and expectations, and thus it is important to meet them.”

“The hotel business is also about connecting with the staff’s heart: You have to say hello to everyone, get to know everyone, because those in contact with and know the customers are precisely the maids and waiters. You have to walk around the facility like in a monastery, to see everything the hotel has and wat is going on and look into all the details: Like monks in a monastery, you have to walk around to see the customers’ and employees’ needs. I’m grateful for my experience in the hotel business, which is a particular service activity, which has given me many friends, and where leaders are better than bosses, because it’s not about forcing people to do something, but getting them to feel pleasure to serve.”

“In 2000 Don Antonio Cossío, Managing Director and CEO of the Brisas Hotel Group, formerly known as the Westin, appointed me. I got to buy the Huatulco Club Med and Las Hadas in Manzanillo, and to take part in the renovation of the hotels and the reshaping of the splendid Nizuc resort in Cancún. The last twenty-odd years I was linked with the hotel companies of the Cossío family, which I’m very thankful for, because they gave me the chance to collaborate and learn until my retirement three years ago.” Rafael has been Advisor to the President of the Brisas Hotel Group, as well as the Mexican Associations of Hotels and Motels, A.C.

It is worth noting that Rafael shows great commitment in all of his endeavors, as he explained: “I’ve been a Scout since I was 7 years old, and they teach us values there, which is unfortunately on the wane: Cuch values as honor, dignity, punctuality, respect and loyalty. Scouts reduce their honor, firstly, to being trustworthy, and secondly, to being loyal to their parents, family, Homeland and God. I’m the Scouts’ Surveillance Commissioner in Mexico, following the Scouting philosophy prescribed by founder Baden Powell, seeking a better world, volunteering to make children and youngsters see the glass half-full rather than half-empty. I’m also a lifetime member of the Public Accountants’ Association, and I’ve also been a member of Chaine de Rotisseurs, AMAIT-ABASTUR and of course Skål International. A smile can fill my life with joy in all these spaces I’ve been lucky enough to have been in.”

When asked directly about his opinion on the evolution of the hotel business since his early days, he answered: “The hotel business follows different trends: It was a very glamorous evolution at first: for example, the daughter Mr. Atenor Patiño, renowned Bolivian tycoon known as the ‘Tin King’, was called María Isabel, after whom the iconic hotel opposite the Angel of Independence in Mexico City was called; his original party house was Las Hadas in Manzanillo, which gives you an idea of how glamorous everything was, with customers drinking Chablis and luxurious service.   The wold started changing then: Cruises, all-inclusive vacations led to other ways; it was a switch, now we have specialty restaurants in beautiful locations; more and more charter groups are coming in winter and commercial hotels, city hotels, beach hotels and other specialized versions are being developed: The consistent thing is change itself, and you just have to adapt. There are market niches for everyone, and everyone can choose the best one for them.”

At the request of TURISTAMPA, Rafael reminisced about many anecdotes: “A lot of things happen at hotels, it’s life and death, we’re a part of that and we have to face it, we have to be ready for anything. Hotels also have their own language, their own lingo”. He humorously told us: “In my experience as an accountant and financier turned hotelier, I was unexpectedly asked at a meeting: What do we do about no-shows? So I said: ‘Well, the artist has to foot the bill’ ‘And the ones who are high?’ ‘Call the police.’

“This illustrates that you’re always learning. For example, the financial statements show the hotel’s situation, but we have to supplement it with what see day in, day out. I would tell the new generations not to forget you learn from experience, and that practice comes from getting to know the hotel inside out, drop by drop, patiently, passionately, and with a human spirit for service.”

Specifically about the Skål Club, Rafael explained that: “It’s a club of friends which dates back to 1932, when casual meetings started with hoteliers exchanging experiences with business partners such as shipping companies, airlines, travel agents and other tourism players, which started to cooperate with the travel industry through friendship. “Skål” is the Swedish word for “Cheers”, which means relaxed meetings to do business among friends: The meals at the Skål Club are thus a more relaxed environment to do better business. There are currently 22 clubs in Mexico. I got to open thirteen in Mexico and Latin America.

Clubs meet on a monthly basis, and the National Committee and the presidents of every local club meet every three months. There is also an Area Congress and a World Congress every year. I myself was Vice-President of the Global Executive Committee for 5 years. What’s valuable about the Skål Club is that members can communicates with “Skåls” from around the world. We’re an Associate Member of the World Tourism Organization, and thus, for instance, I got to represent Skål at the UNWTO General Assembly in Medellín, Colombia, in 2015. Skål Clubs also conducts social work. The Huatulco Skål Club, for example, was singled out as the “Skål Club of the year” for its philanthropic activities after the 2017 earthquakes. Work is also done to endow and preserve green areas, stress sustainable tourism and different activities such as beach cleaning, among others.”

Rafael Juan Millán Pérez, his full name, is doubtless one of the Major Players in the Mexican Hotel Industry, and we’re not the only ones to say this, after getting to know his career better: “Carlos Fuentes called me the ‘Prince of Hospitality.’ He was a regular at his devoted friend’s place, and I really miss having breakfast with him.” Rafael was also awarded one of the “Best Hoteliers of Mexico” by AMAIT in 2002, and he remains tireless (his premise is: “Facts, Not Words”). “Let’s continue to fight for better tourism in Mexico, we’re the best hosts in the world.” 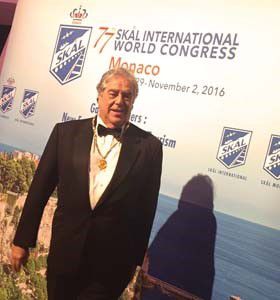 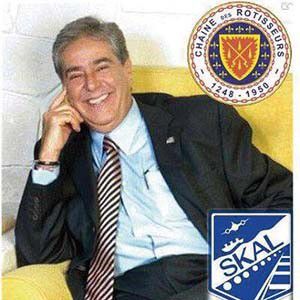 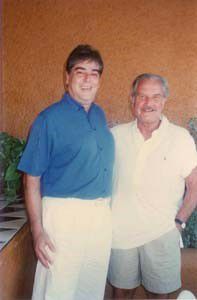 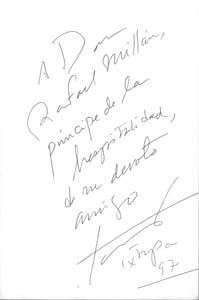 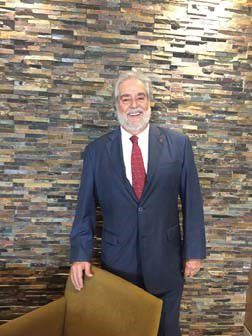 The Matka Nordic Travel Fair stirred a desire to travel