On leaving the presidency, he was nominated Honorary Member of Skål International. He was elected Honorary International President in Cairns in 2002. Paul was part of the administration of the Florimond Volckaert Fund for a few years.

I spent some time with Paul in the International Executive Committee. It was in 1983 that he joined it, and in that year I took charge of the Vice Presidency of Administration; we were together on the committee for four years. 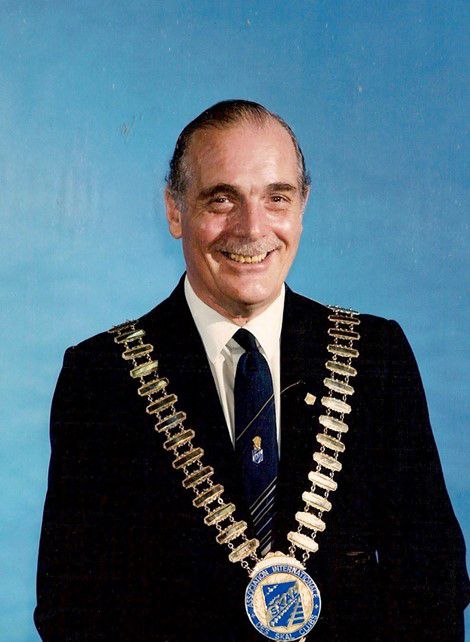 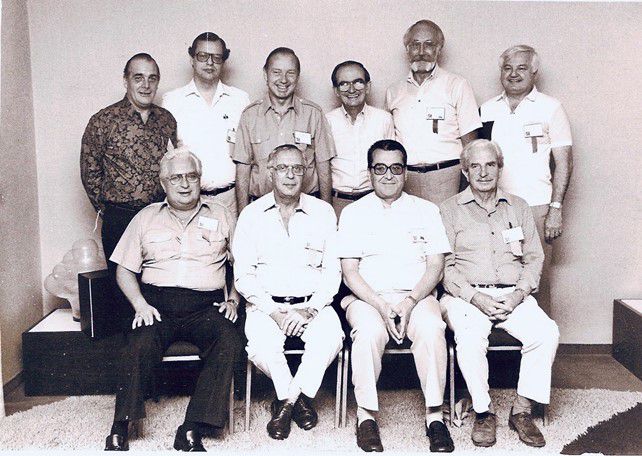 Afterwards, we continued to see each other at international congresses and during the reunions of the Former Presidents. I visited Paul and his enchanting wife Lucy in Singapore on various occasions. The last time was in 1994 and I enjoyed their company during an unforgettable dinner at their house.

There is no doubt about his work in Skål International Singapore, in Asia and across the Skål International world; he was always loved and admired for his expertise, his friendship and his gallantry. He has left us after few years of health problems, at the age of 92, and we will always remember him as one of the greatest friends we have had the pleasure to know over many years in Skål International.

It is with a heavy heart that I share this sad message about the demise of Paul Armstrong...

...who passed away peacefully on April 1st at his home in Singapore at 13:13 hours.

His beloved and ever dutiful wife, Lucy, was beside him holding his hand when he passed. Mercifully, Paul got his final wish - to die at home and with his wife beside him.

Paul played a significant role in the lives of very many Freemason brethren, the Skål International fraternity and also to many individuals with whom he developed a close rapport engaging himself to deliver wickedly funny speeches at weddings, anniversaries, and birthdays.

During his final years, Paul, developed severe dementia; he could hardly remember friends, Skålleagues and even his own family members when they came to visit. He would just sit quietly engrossed in his own thoughts, but always with a congenial smile on his face, silently and joyfully tucking into any treats and snacks brought by the visitors. I myself used to bring a barrelful of Polar curry puffs, chicken pies and Bengawan Solo's famous coffee cake for which Paul really enjoyed.

I have lost a good friend. It was he who coerced me to join Skål International and to date, I am at least proud that I shared the same Fraternity with this wonderful soul.

Rest In Peace, my dear friend, Skålleague and mentor.

Herein below is a message I received from Lucy, shortly after Paul passed. It is her intention to share the message with as many of our mutual friends and Skålleagues and I am doing just as she wishes, but the message has been slightly edited to retain some privacy for some personal names she mentioned:

Paul has not really been ill for some time. In fact. even with his dementia, I was talking to him, and he was beginning to respond. We even sang together. I was so encouraged. He was okay when they took him away to NUH A&E on 8 March when he tested positive.

They put him in a series of three hospitals, and when he was discharged (except for the 1st evening, when he ate a piece of bread & honey) he ate nothing, drank nothing, kept his eyes closed and didn't speak. He was a zombie. It took more than 5 days to get him to eat some yoghurt, Ensure, Citravascent and cranberry juice. But only by syringe, and only in dribs and drabs.

Doctor came on 28/3 and said he had chest infection and pneumonia. We got the home hospice service to come, and he was given morphine for his laboured breathing and a hospital bed so he would not need to be dragged from bed to chair, and an oxygen concentrator to help his breathing.

There was to be no funeral, because we were not only whole body organ donors, but also cadaver donors. I had called many times over the years. Yes, they will collect the body within 6 hrs of death. No problem. The last time I called was Wednesday 30 March.

However, when Paul died and I called, all sorts of problems popped up. In the end they would not take Paul and we have had to have an immediate and urgent cremation, today. The alternative was to leave my poor old man on the hospital bed in the living room until all funeral arrangements are completed.

Paul always wanted to die at home, with me there holding his hand. I am glad we managed that. And I thank God that he had no pain in his final month.

I cannot possibly write to everyone who is writing. So will you tell them what happened. I would be very grateful.

Keep well… I send you my love. May God bless you for all the kindness you have shown to me. I wonder how the news about Paul's death circulated so quickly and so widely.