November'21 Message from the President 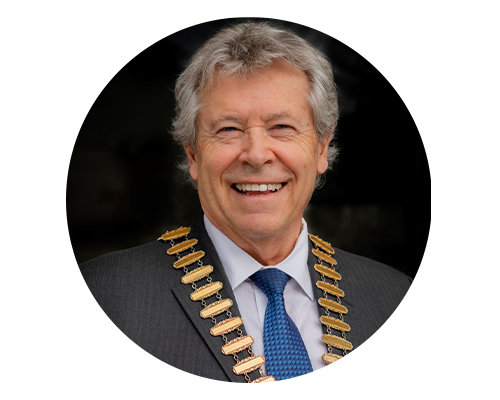 Back in the Spring of 2021, I communicated about Leadership in Skål International.

The Executive Committee is the Team with the responsibility to guide the organization’s direction, work on strategic approaches, develop policy, but not operational management, which our CEO and Secretariat accomplish very well. The Executive Board has the responsibility of promoting friendship and mutual understanding while maintaining the values of membership. We will not always agree but in the end, it is my responsibility as President to act in the best interests of the entire membership.

Skål International follows established protocols and is governed by a set of rules. In applying those rules, we are often faced with those rules, the ‘By-Laws,’ not clearly addressing the circumstance at hand. For example, the 2021 virtual AGM elections face the scenario, for the second year in a row, whereby there is only one candidate for the position of President. The By-Laws only describe the election procedure when there are two candidates to choose from. The important word here is to 'choose'.

My election in 2020, with only me as a candidate, did not clearly provide the delegates an option to say no. Having said that, I did receive overwhelming support from the members accepting me as President. We did not anticipate a repeat of this scenario for the 2021 elections and sought the advice of our legal firm in the interpretation of our By-Laws to address this circumstance, resulting in the decision outlined in the recently distributed agenda to have the ballot for the President include a Yes or No option, respecting the democratic process to choose the President.

I have had the opportunity to speak with several delegates since this issue was first raised in June and recently spoke with representatives from National Committees and Clubs with the consensus being in support of this decision. Since sending out the agenda, I have received several comments suggesting the proposed election process is inappropriate, saying it’s against the rules and what right do I have to ask the lawyers for advice… All year I’ve heard that Skål International needs to rethink how we operate, we need to be more relevant, the rules have to adapt to our times, and yet when we proposed some changes, we were met with pressure from the Past Presidents, the Internal Auditors and some of the Councillors to withdraw the amendment. The responsibility to decide whether the changes are appropriate for our organization actually rests with the voting delegates.

For years at Congresses, we have endured a group of Past Presidents, occupying the front row, use the opportunity to let the members know what we are doing wrong and how it used to or should be. Now we also have the Internal Auditors exercising their ‘mandate to the membership’ to advise and influence against the decisions of the President and Executive Board.

Our Statutes state it is the General Assembly of Club Delegates, ‘the supreme body of Skål International’, that ensures the involvement of the clubs and membership in the decisions which affect the Association.

As President, I lead the Team. I don’t pretend to have all the right answers, but we make decisions based on the best information available in the best interests of the organization.

October'21 Notes from the Editor