It's a journey from 2002, when the first woman president was elected by Skål International, to 2022.

In the past twenty years, the evolution of women in the tourism industry from a majority of the workers to top leadership roles has been a long and significant one.

Things have changed quite a bit since 2002 when Mary Bennett from Galway, Ireland, was elected to be the first woman world president of Skål International.

Even though Skål International was formed in 1934, it was not until 2002 that a woman was able to reach its top leadership role, an unfortunately typical pattern in the earlier days of the travel industry.

Today, Burcin Turkkan, current world president of Skål International, is the seventh woman to occupy this position since 2002, a clear indication that women have finally been recognized for their talents and leadership ability, thereby penetrating tourism and corporate leadership on a global level successfully.

When asked about how her leadership role has impacted her life and career, Skål International President Turkkan stated following: "Serving as the seventh and youngest female president of one of the world's largest travel and tourism organizations which has existed for over eight decades is a true honor. More than anything, I am proud to be the first female president from the United States on the Skål International Executive Board. This role comes with high responsibility, especially during the most unprecedented times we are now encountering, due to the residual impact of the pandemic and the recent armed conflict initiated by the Russian invasion of Ukraine''.

''Representing over twelve thousand members globally, mostly being decision-makers from forty different employment categories within the travel and tourism industry, requires working harder and smarter during these times to support our members and their businesses professionally while collaboratively addressing the global issues our industry is facing. Currently, Skål International is striving to show solidarity and support for our clubs adjacent to Ukraine who are providing humanitarian support to thousands of Ukrainian refugees crossing the borders in Europe'', added Burcin Turkkan, President, Skål International.

According to the second edition of the Global Report on Women in Tourism (2019) by UNWTO, approximately 54% of people employed in the travel and tourism industry are women, compared to 39% in the broader economy. 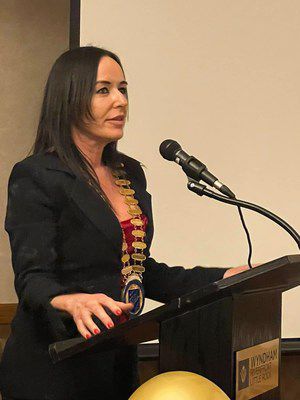